I am still sticking with last weeks meal prep. I didn’t do the apple in the morning because I really wanted to lower my carbs. Looking back now it was a mistake. The low carbs didn’t affect my workouts but I felt like my food cravings were harsher.

This week I brought back a piece of gluten-free toast instead of an apple.  I only get to have that piece of toast as a post workout food. Since I always workout first thing in the morning it gives me something to look forward to with breakfast. What a simple motivator, no workout in the morning then no piece of bread. I think having a few carbs post workout is a good thing.

Tuesday night we had it because it’s one of our kid’s favorite meals and his Birthday. So how can I say no to that? Well, I could have said no easy and had something else or only had one bowl of pasta with meat sauce but I didn’t #SelfControl. As a result of my THREE bowls of pasta, take a look at my weight and body fat for the two days after that one meal. 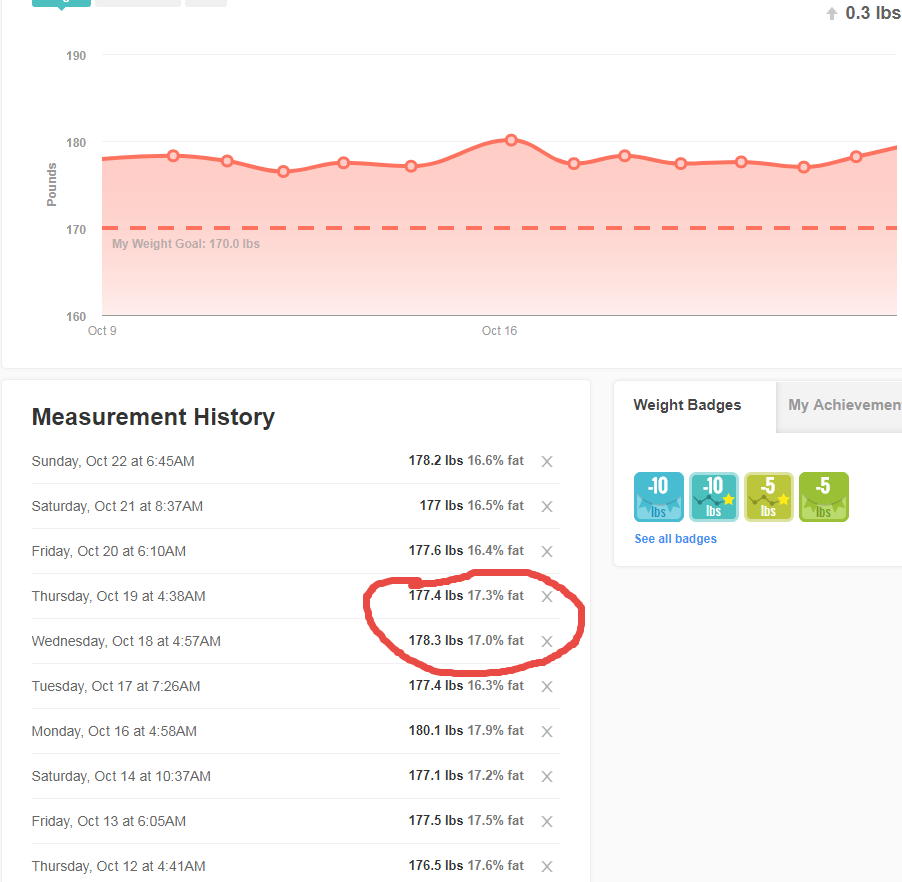 Aside from that meal, I stuck with the game plan. It took nearly two days for the carb bomb to cycle out of my system. Shorting any gains I might have built up had I stuck to the game plan.

You can see from my meal, it was a mega bomb of carbs. Remember, food logs are just an estimate, it was probably more carbs than that.

With any fitness journey or eating healthy journey, we need to make adjustments. I like pasta with meat sauce. I actually love it! How can I make it healthier so I can still eat it? That is where spaghetti squash comes in.

Look at the difference in carbs. Plus all the other healthy macronutrients mixed in. This is a much better alternative to store-bought pasta.

So the moral of the story is you can make mistakes just try not to repeat them. I have been doing that for weeks with my pasta dinners. Even though it is gluten free, it doesn’t mean it is healthy. The journey is all about consistently tweaking your game. You know how you are, your weaknesses and strengths. Play to them this week. Your strengths, not weaknesses 😉

This site uses Akismet to reduce spam. Learn how your comment data is processed.